They are indeed well designed lenses. Solid construction, flawless mechanics and great aesthetics. the picture quality is second to none. 9 aperture blades provide very smooth bokeh. accurate colours and rich tones. Film makers like to go with the ZF.2 nikon mounted variety because of the manual aperture ring. The only issue when using cheap lens mount adapters to fit Canon bodies is the play cause by the adapter. This becomes even more frustrating when using lenses with the kind of precision of zeiss primes. 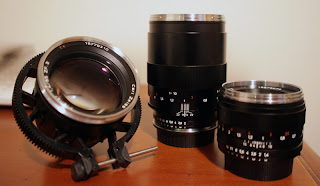 Something to note about the 100mm which lived up to its high billing as a terrific image-producing lens is that when it focuses the entire front section (about half the length of the lens) rotates and moves forward. This forward movement causes two issues 1) when using a matte box the front of the lens will rn into the filters 2) the lens belt will move away from the lens gear. also, when focusing, the lens rotate more than 360 degrees causing an issue with lens belts that clamp on via screws as they will collide with the lens gears.
Posted by peter lee at 05:59 No comments:

Email ThisBlogThis!Share to TwitterShare to FacebookShare to Pinterest
Labels: lenses

I picked these after market batteries made by Camelion from E-Infotech for $40 each. They power the camera but do not accurately display their level of charge. A2Z stock a battery made by Swit for $70 that do, so I would suggest going with those. The Canon LP-E6 goes for $115 at the same store. 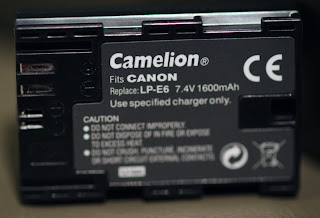 Email ThisBlogThis!Share to TwitterShare to FacebookShare to Pinterest
Labels: peripherals

I picked up a couple of these cards from E-Infotech in Glenfield. They are selling them for NZD$100 each. I had seen them on B&H for about USD$34 or NZD$42. I asked The guys at E-Infotech about the huge price difference and they explained that bought them in NZ and they paid a high price for them too. They offered me a discount on my next purchase. E-Infotech has been usually around the cheapest in the NZ market but it shows that it always pays to shop around. 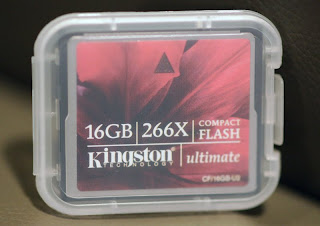 The cards work fine with my 5d mk2 and are still loads cheaper than the Scandisk CF cards. Stay away from the 133x as they will not allow you to record the maximum duration clips.
Posted by peter lee at 05:04 No comments:

Email ThisBlogThis!Share to TwitterShare to FacebookShare to Pinterest
Labels: peripherals

Proaim from what I can tell is a company based in India. Their DSLR accessories range closely mimic the much coveted but over-priced Zacuto products. My friend has just received his DSLR kit including shoulder mount / camera and tripod base plate / follow focus / lcd viewfinder loupe / matte box / 7 inch monitor. He paid something like USD $1400 from www.thecinecity.com which is cheaper than the www.cincity.co.nz website.  Unfortunately I had already placed my order for a shoulder mount rig unknowingly from the latter website which I will review shortly.

In general the gear is pretty solid. The engineering may not be as precise as the genuine article but fully functional never the less. 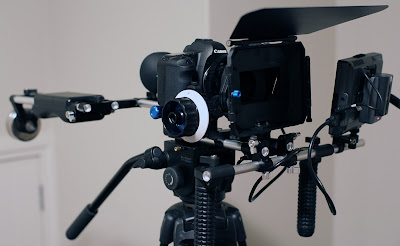 This is an off-set shoulder mount with counter-weight. It feels reasonably comfortable with the ff mounted on the right as most of the weight fall on the left hand grip. The tripod base plate / rails are not adjustable since the rails do not go through but is comprised of four pieces that screw into either end of the base plate. With the rails included we could not fit a zeiss zf 100mm without hitting the matte box. 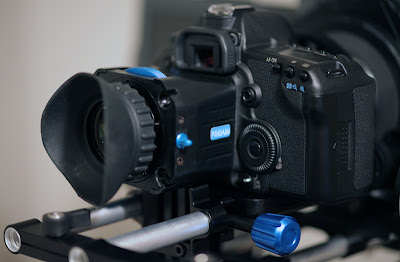 The view finder looks very similar to the zacuto z-finder and is very well made (possibly the best value item in the kit). 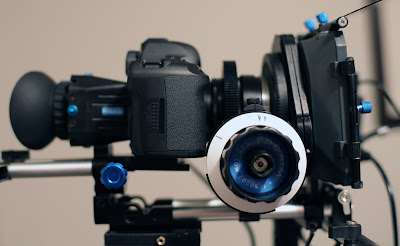 The quick release system has been well designed though there is a bit of play between the connecting parts after tightening.  The follow focus is solid but lacks a quick release system taking longer to adjust. There is no play in the gears. 5 lens gears were included three of which were two big to fit on any of the zeiss zf lenses. 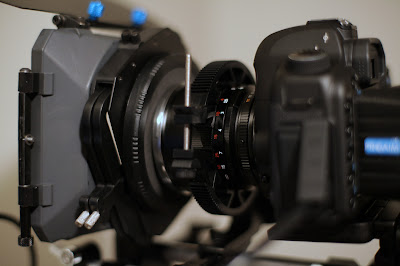 The matte box is attached from the bottom (not swing-away) and feels a bit flimsy. the filter trays are made of plastic. 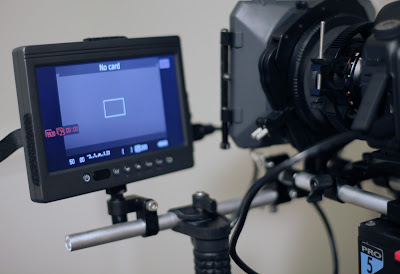 The 7 inch monitor has 800 x 480 resolution. there are minimal display options comparable to monitors made by Liliput. it uses a standard sony battery mount with small sony battery included. HDMI input, in-built speaker and so on.

note. The packaging is rough and the rig comes with an alarming amount of dust and grime on it. after putting together my hands were thoroughly dirty. It's kinda gross but it I like the romantic picture it triggers in my mind of the industrious if slightly chaotic Indian factory where it was produced. I'm not a label basher and welcome alternative products at competitive prices. Go the Indians!
Posted by peter lee at 02:55 No comments: