Here the documentary I directed for Waka Huia. It is an adaption of the doco I made about my Step-father, Awi Riddell. Awi's mokopuna Morehu Riddell features in the re-enactments. The Main IV and re-enactments were shot by Dan Apiata and Andy Farrand on sound duties. The rest of the footage I shot with the help of Sou Muy Ly.

This program is in Te Reo Maori with subtitles.

I have been a fan of Davinci Resolve for a while now due to how it gave me a powerful yet accessible tool that did color grading really well. When my director acquired a Sony FS7 and declared he would be shooting IVs in 4K, Resolve 12 had just come out with reputedly much improved editing capabilities, so I got pretty excited about the idea of cutting and grading all in resolve.

This excited me because I am all too accustomed to the perils of the Avid/Resolve round trip and negating this process would have been ideal. There are also features in R12 such as colour management and non destructive scaling that would be useful since the main motivation for shooting in 4K was to be able to punch in and out of a frame without losing any resoltion. And finally I just liked the idea of trying something new.

So I jumped on board and the boat seemed steady at first. I imported all the 4k footage which was a breeze and more seamless that AMA linking. R12's new "smart bins" is a great little feature, for example, the IVs were recorded on three cameras each using a number of cards but once my junior had ID'd the talent in the description metadata it was easy to filter various talent across cameras and cards into a single smart bin.

Unfortunately when it came time to edit the 4K footage my excitement turned to frustration. Now would be a good time to review my set up at the time:

A single track of 4K XAVCI played back fine but pushed my cpu up to 70% plus. But a multicam clip (3 angles) did not play back at all well (was I expecting too much?) stuttering beyond distraction. It did playback smoothly if I hid the 3-up multicam viewer but by doing so defeated the purpose of multicam editing all together.

Luckily R12 has a "Generate Optimized Media" function that allows you to create proxy media that can be turned on and off as you please. Great, but the link to these files was fragile as I discovered after Resolve crashed and found my optimized media had disappeared. I wouldn't have time to regenerate this media every time Resolve crashed, I was also experiencing crashes/instability in the edit page much more than I was used to in the colour page. Smart caching suffered from the same problem and seemed impermanent and unreliable.

Not to be deterred I decided to throw some money at it and throw money I did. I purchased a new video card, GTX 980ti, with the hope that it would solve my little 4K dilemma. Well it momentarily puffed up my ego and out of guilt prompted me to buy my very first game (my friend recommended Witcher 3) but it didn't help when it came to smoother 4K playback as the bottleneck was actually my CPU! Doh!! 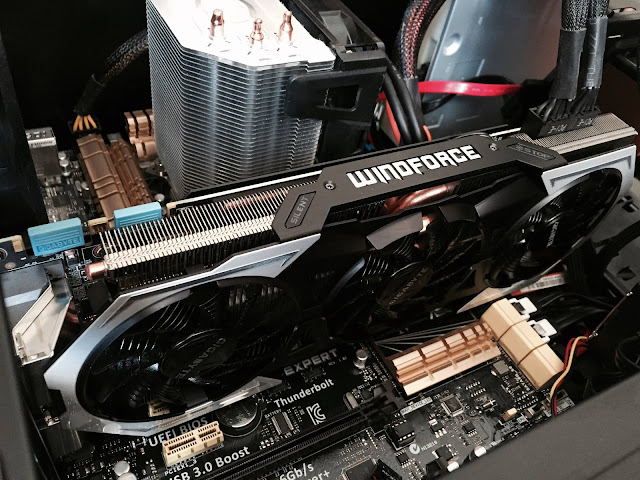 4K XAVC is highly encoded which falls upon the CPU rather than the GPU. So even with my expensive new video card installed my system would crash when pushed to do processor intensive tasks. I later read that Black Magic recommends a dual chip system for working with 4K in Resolve. Ahah! no i didn't have that sort of money to through at it but I did upgrade my CPU heat sync to try and restore some stability back my system.

So with my tail between my legs I resolved to not edit in resolve but to go back to a round-trip work-flow. Surprisingly by comparison Avid played back the 4K footage via AMA link smoothly and with far less demand on the CPU or GPU. And the latest release of Avid does support 4K natively.

So while I am excited by the huge progress made to it's editing page, it's instability and highly demanding architecture make resolve unsuitable for me and my modest DIY build at this time. Which reminds me of a similar experience I had with Premiere a few years back. I guess you can't beat Avid for stability and reliability. Still I hope Resolve will continue to iron out the wrinkles and we will eventually bask in it's glory.
Posted by Unknown at 03:52 No comments:

Highlights from the Tongariro Crossing

The Tongariro crossing is one of our most popular walks. It can be completed in a with options for alt routes. We were lucky to get perfect walking conditions all day especially since the crossing is notorious for the changeable weather. I would highly recommend this walk. the terrain is harsh and beautiful and the elevation takes you to another level. I shot this clip hand held with a fixed 35mm lens. I shot in Magic Lantern raw, cut in avid and graded in davinci resolve. I'm pretty happy with the result except for my lack of attention to focus.


TONGARIRO CROSSING from stills&motion on Vimeo.

I am please to say that the documentary that I have been personally making about my step-dad Awi is finally complete. It was made for Awi and his family to treasure for generations to come.

AWI from stills&motion on Vimeo.
Posted by Unknown at 12:02 No comments:

Just bringing in some quad-copter GoPro footage shot at 50fps 1080p. Media Composer only supports 50fps up to 720p. Resolve can help you get around this (AfterFX can also do the job but isn't free). To convert your 50fps footage to 25fps in resolve:

I also have Canon C300 footage shot at 720p 50fps. To get this footage playing back in slo-mo:
- Create a new Avid project
- Select 720 50p from project settings
- Import/consolidate/transcode footage
- Close project
- Open, in my case, 1080 50i project
- Open bin containing slo-mo clip

And that's it. clips should playback in slo-mo.

Btw while in Resolve I also find the stabilizer much better than in avid.

I learned something new today..

One of the main reasons why we fell in love with the 5D was the shallow depth of field and I have heard many times that a larger sensor creates a shallower depth of field which isn't technically true.

Depth of field is determined by the focal length and aperture settings of the lens and distance from subject. The sensor size only impacts the size of the frame. With larger frame you can get closer to your subject - where depth of field is more shallow, i.e. macro photography. With a smaller sensor camera you must stand further away from the subject where the depth of field widens. So in conclusion... a larger sensor size doesn't create shallower depth of field but is does facilitate it.

The following workflow describes the way I have been doing things. There may be more efficient ways to do them and please let me know if you have any suggestions.

The series I am currently working on is shot on a C100 recording internally and externally to a Samurai Ninja to DNxHD 120 MXF files, a Canon 5D mk2 and a GoPro mounted on a Phantom quad-copter.

Media Composer 7 added the ability to consolidate/transcode in the background so this process doesn't hold up the editing process.

The Avid Media Files folders and project files are then manually backed up onto external drives using SyncToy 2. I currently have 11TB of internal media storage capacity.  The external backups are taken off-site with me every day (which makes cycling to work extra joyful!)

In this series the slo-mo effect is used a lot. In the last ep almost half of the 26 mins was slo-mo'd footage. For this I have used the twixtor plugin. I have found that it works well to varying degrees depending on the shots you are affecting.

Once the edit is complete an embedded AAF and QuickTime movie is sent to soundmix and I begin colour grading in Resolve. The unaffected footage can be exported/imported as an AAF. Twixtor'd footage and video mixtdowns need to be exported as a movie. I create a separate sequence for the twitor'd footage making sure any transitions are included in the length of each clip as there are no handles, remove gaps, and export (same as source) a movie. I export the rest of the sequence as an AAF linking video media only.

In Resolve I import the AAF. I have to do this twice to account for the two media drives. Upon the second import the AAF relinks to media from both drives. This seems to take much longer than it should and I have often wondered if I am missing something that could make this step faster. After grading I render the clips into a new Avid Media Files folder.  In MC I import the new AAF. This final step has not been without its problems in the past and I find that if I simplify the original sequence to only the clips I want to grade (no titles graphics etc) I get better results.

The slo-mos need to be added to the media pool and placed into a new timeline and edits inserted to separate the clips. Once graded I render the clips as single clips as DNxHD 120 MXF files to a folder. Then fast-import the files into MC and place them back into the sequence. To fast-import select the 'use the source file's resolution' option.

It's a bit fiddly but it will do for now.

One thing about Resolve Lite is beware of the using the blur where there is any camera movement and highlights as it may result in jittery motion. The full version has motion blur but I can't confirm it will solve this issue.